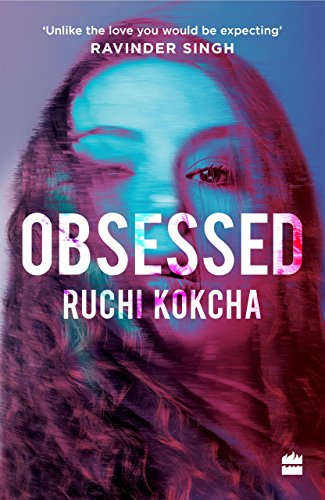 Investigative journalist Avik has finally found the one case that could bring him glory. Or death.

As the mystery behind millionaire Kalki Rajpur’s murder thickens, Avik is forced to risk it all to bring out the truth that has eluded many before him. If only he could uncover what the victim’s daughter has witnessed. Of course, that would mean diving into the depths of her madness. He had thought he could resurface with the truth. Now he will count himself lucky if he makes it out alive. And sane.

The story revolves around Avik; the protagonist who is given the work of unfolding millionaire Kalki Rajput’s mysterious murder story. This coverage can give Avik the much-needed fame and money he desired for in his life. This is his big break. But will he accept this? Or will he be able to complete the project? Will Mr. Rajput be able to tell the world his side of the story? Obsessed is all about mystery, questions, answers, family, relationships, love, death, suicide.

Suspenseful plot along with well-tied subplots, an insightful theme, and well-developed characters makes it a moving story to read. Descriptive writing style with audacious tone, realistic narration with terse writing style made the story more gripping. There are places in the book where story gives you goosebumps and you are more compelled to read till the last. Everything is perfect in the book. The connection between the scenes is something which took my attention. Generally, a story loses its direction in midway in suspense stories but this book didn’t lose its direction. On the other side,  the character of Ananki Rajput was well plotted. Twists and turns are very well taken care of.  Additionally, I would like to share few lines from the book that took my heart away.

A self-acclaimed moody person whose mood switches the same way an electric fan button works. Hence, I serve stories according to my mood wrapped with sarcasm and smile in a velvet puff.
View all posts by garnishedwithmoodandsarcasm →

I am a social Bird flapping wings…